2016 – Storm Wars (iOS/Android/Kongregate/Facebook/Web) – CEO Zom.bio, Inc.  My first indie title (which has fortunately been quite successful). Currently live on multiple mobile and web platforms, and has a rich content set with more than 4 years of development. Storm wars reached #5 in free card games on iOS, placed in the top 20 submissions for all indie titles published on the Android platform in 2017, and has been one of the most successful CCGs on Kongregate. 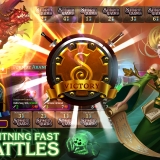 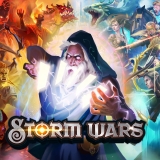 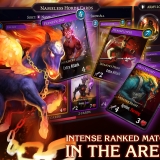 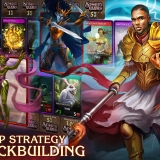 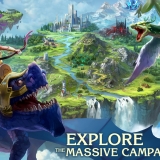 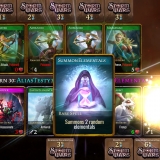 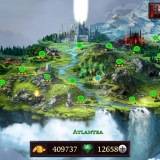 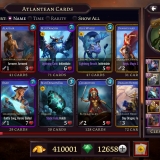 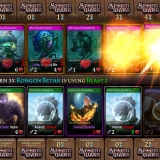 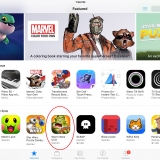 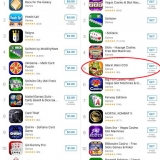 2014 – Star Wars: Assault Team (iOS/Android/Win8/Amazon, Disney Mobile) – Studio Director/GM. Produced by ‘Disney Mobile PrAustin’, a joint effort between our joint studios in Prague, CZ, and Austin, TX.  Won the coveted ‘editor’s choice’ spot on iOS when it launched (top 100 app in 145 countries). The game is free-to-play, an evolution of the ‘card battle’ genre, and you can download it in the app store on iOS, Android, and Windows 8.

2013 – The Lone Ranger (iOS/Android/Win8, Disney Mobile) – Studio Director/GM, produced by Disney Mobile Prague.  This is a free-to-play ‘Mafia Wars’-type game with a wild-west setting.  You can get it for iOS, Android, and Windows 8.

2011 – Kingdoms (Facebook, Zynga) – Executive Producer / Lead Designer.  MMORPG ‘lite’ for Facebook, never published. Building this gem for Zynga (and subsequently having it canned) was the most ‘soul-crushing’ experience I’ve ever had in my career.

2009 – Ponzi, Inc (Facebook, Challenge Games) – CCO, our biggest success at Challenge Games on Facebook (in terms of # players, though Warstorm easily eclipsed it for revenue).  Along the lines of ‘Office Space meets Mafia Wars’, it was a rather simplistic game but had a ton of style.

2008 – Questy Quest (Facebook, Challenge Games), another ‘experimental’ Facebook game before games were big on the platform, this was something along the lines of Kingdom of Loathing.

2008 – Nobility (Facebook, Challenge Games) – CCO, My first experimental game on Facebook, made entirely with the help of an outsourcing company in India (I think the total contract was $2500).  Not much to look at, but this was before games were huge on Facebook, and I was extremely interested in exploring the viral opportunities.  Of all the games I have designed, I think this was the ‘purest’ – the rules were simple, but the game was extremely social and addictive.

2008 – Warstorm (Web / Facebook, Challenge Games / Zynga) – CCO, my first ‘breakout’ success as a designer.  I’m a huge Magic the Gathering fan, and wanted to create a similar type of game that you could play asynchronously, much like Duels.  It was a hit (relatively speaking), and we ported this to Facebook once we realized the potential of the platform.  I’m not certain of the exact figures, but I think around 3 million people played it.

2008 – Mech Duels (Web, Challenge Games) – CCO, an attempt to cross ‘Duels’ with ‘Mechwarrior’, though the game didn’t perform well.  Unfortunately I couldn’t find any actual screenshots, so the ones below are production design templates.

2007 – Duels (Web , Challenge Games) – CCO (Chief Creative Officer).  This was the first RPG (that I know of) with ‘asynchronous combat’, meaning that you could challenge another player in combat, and once accepted, your characters would battle autonomously with the results of the battle being shown afterwards.  I was super-excited about the potential of ‘short-form entertainment’ on the web, making asynchronous PVP games that anyone could play in 5-minute chunks.  Andrew Busey (CEO) designed the majority of this game, though I made a few decent contributions.

2007 – Exteel (PC Action MMO, NCSoft) – External Producer.  This was an early ‘free to play’ title we imported from NCSoft Korea, and attempted to tailor to the US Market.

2003 – Shadowbane (PC MMORPG, Wolfpack Studios) – Designer.  Hired by Wolfpack and moved to Austin, TX where I’ve mostly been ever since.  Shadowbane was an early ‘hardcore’ PVP-focused MMORPG.

2003 – Puzzle Pirates (PC MMORPG, Three Rings Inc.) – early investor in the studio behind it (close friends of mine).  Really fun! You can play it here.

2002 – Earth & Beyond (PC MMORPG, Westwood Studios/EA) – Lead Designer.  Big budget space-themed MMO.  Brett Sperry (inventor of the RTS genre with ‘Dune 2′) was my mentor here.  Although the game was shut down, there is still an active community and emulator if you want to check it out.

1997 – The Realm (PC GMUD, Sierra Entertainment) – Programmer / Designer. Claim to fame: one of the very first ‘Graphical MUDs (multi-user-dungeons)’ ever, a precursor to modern MMORPGs like World of Warcraft. Believe it or not, you can still play it!

1996 – Amulets & Armor (PC, RPG, LDS Co.) Programmer / Designer.  This was a multiplayer action/RPG created in a custom ‘2 1/2D’ Doom-style engine.  Not commercially successful but gained a ‘cult following’ of sorts.  Something Awful published a full ‘Let’s Play’ walk-through of A&A on YouTube in 2012! You can still download it here.

This site uses Akismet to reduce spam. Learn how your comment data is processed.